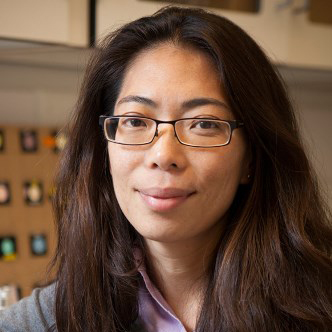 I'm interested in studying the contribution of multiple physiological systems to disease initiation and progression, with applications in neurodegenerative disease, cardiovascular disease, and cancer. I would like to understand how the vascular, immune, inflammatory systems and cells native to a tissue interact in these diseases. A major challenge in such work is that model systems such as cell culture or even organotypic tissue culture cannot fully recapitulate all the different cell types involved in disease, so in vivo studies are required. However, it is experimentally difficult to study and manipulate cell-level dynamics in live animals. Recently, we have worked to develop tools that work in whole animals and have sufficient spatial and temporal resolution to quantify cellular dynamics. We also now have tools to produce targeted disruption with cellular-scale precision. We used these tools to piece together a picture of how occlusion or hemorrhage of small blood vessels in the brain affects the health and function of nearby neurons, and thus contributes to cognitive decline. The goal of our work is to continue to use such capabilities to unravel the interaction of various physiological systems in diseases, with a focus on Alzheimer's disease, cancer metastasis, and cardiac blood flow. Biography: Nozomi Nishimura grew up in Tucson, Arizona. She majored in Physics at Harvard College where she worked with Prof. Eric Mazur on femtosecond laser ablation. In graduate school she became interested in neuroscience and worked with Prof. David Kleinfeld at University of California at San Diego. Although still in the Physics Department, her research focused on studying blood flow in the brain of rodents and developing laser-based models of small stroke. She came to Biomedical Engineering at Cornell in 2006 to do a postdoc with Prof. Chris Schaffer. She became an Assistant Professor Biomedical Engineering in 2013. At Cornell, current research expands the use of in vivo imaging techniques to study a variety of disorders including Alzheimer's disease, cardiac disease and cancer metastasis. She drives a Jeep off-road when she can get away with it. She is always looking for people to help chase after her two crazy dogs Cala (Vizsla) and Ace (Labrador) preferably through the woods on a nice trail.